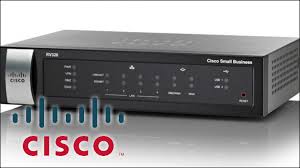 Researchers have uncovered several critical and high severity vulnerabilities in Cisco’s small business RV series routers. The networking giant has released patches for some of the security holes.

According to advisories published by Cisco on Wednesday, RV110W, RV130W and RV215W routers include a default account that can be leveraged by an attacker to gain root access to the device (CVE-2015-6397). The default account should normally be read-only and not have root privileges.

The same RV router models are also affected by a high severity flaw that can be exploited remotely to perform a directory traversal and access arbitrary files on the system (CVE-2016-1429).

RV110W, RV130W and RV215W routers are also plagued by a medium severity command shell injection vulnerability that allows a local attacker to inject arbitrary shell commands and have them executed by the device.

Cisco has released firmware updates to address the flaws affecting RV110W, RV130W and RV215W routers, but the company will not issue fixes for the RV180 and RV180W models since these are no longer sold.

The vulnerabilities were reported to Cisco by Adam Zielinski and Harri Kuosmanen. The firm says it’s not aware of any attacks involving these weaknesses.

In mid-June, Cisco informed customers of four security holes affecting its RV series routers, including one rated critical. Patches for those flaws were released by the company a few days after the initial disclosure.